Wearing a hat is an attitude

On the Margaret Howell Spring/Summer 2020 runway, we saw white wavy pants, oversized lemon and turquoise duty shirts, lightweight parkas, and boxy suits. Maybe it was the mood, but socks over the pants didn't look so bad, either.Many of them were wearing Flax bean hats that suggested something was amiss.The same was true at Gucci, where Alessandro Michaele's trademark hyperrealism was tempered by the introduction of midnight bean hats in vibrant square colors and bright neon. 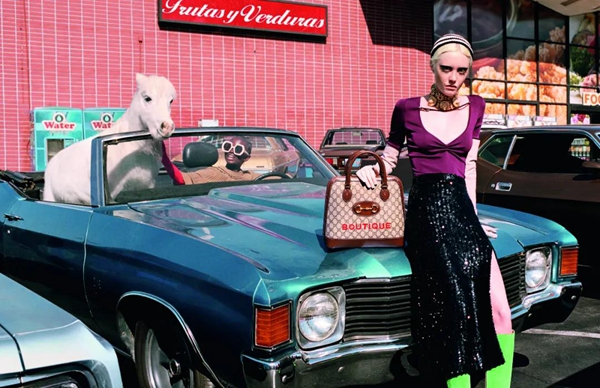 The bean hat, which clings tightly around the head like a bandage, is not a new look for fishermen or academics, but as a "luxury" accessory, it has been in the spotlight for both men and women, winter or summer.Where once it was worn with worn jeans or used sweatshirts, now it's worn with handmade cardigans or designer suits.Howell doesn't see anything wrong with that; hats, like shoes, set the tone for an outfit, she says.

Searches for beanie hats have skyrocketed over the past year to become one of the most popular hats, and they don't have the size issues that bother many people.Red beanie hats with silhouette knits and hoodies have become a street style staple.As big logos and serious fashion trends give way to loose tailoring and undisciplined mixes, suits are no longer boring but a canvas for everyone's mood, and a beanie hat with a suit feels a bit like an '80s Armani suit with a sweater instead of a shirt and tie. 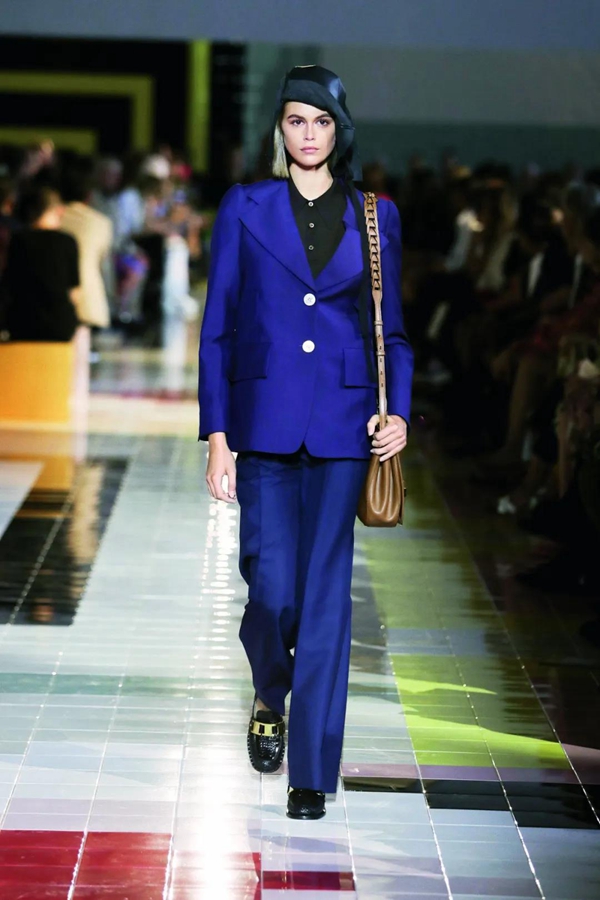 Not only beanie hats, but Chanel's School Girl style, which pays homage to new wave movies, also features a flat-topped hat with upturned corms.New Wave films offer a unique and enduring perspective of French women -- the inward-looking ingenue with pixie hair, pointy eyeliner, a large red flower on a hat brim, or wearing Brittany stripes and miniskirts.Fashion critics believe that 2021 will be the year of accessories, with runways in New York, London, Milan and Paris dominated by functional pieces that can fit into a wardrobe season after season.It's also a great way to keep your wardrobe sustainable without being stuck in a rut. After all, accessories, like "soft wear," can create a mix of mood and style. 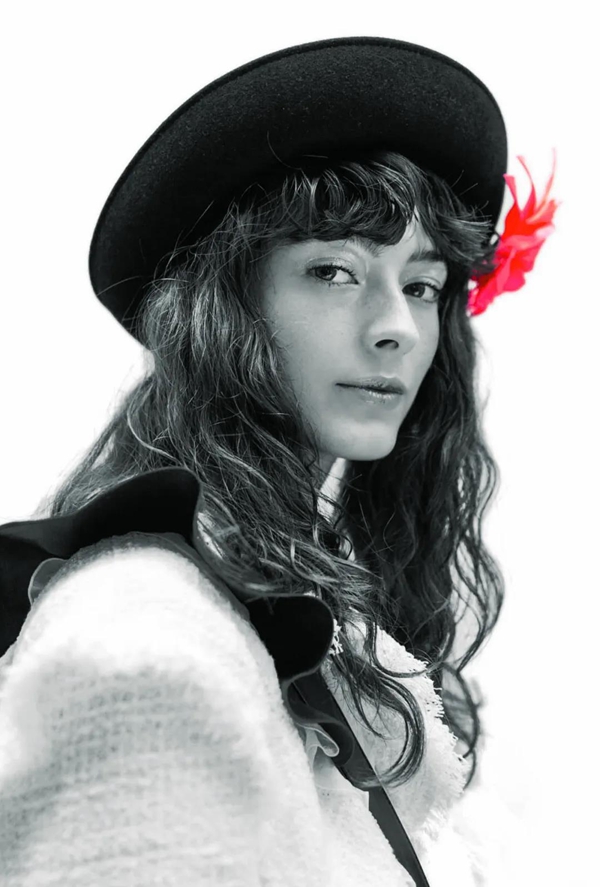 n the 19th and early 20th centuries, hats were worn by people of all social classes, including those at the lowest levels.Until World War II, it was considered impropriety for a gentleman not to wear a hat.The names of the hats are also rich in character and historical associations.The bowler hat, or Derby hat, is shaped like an upside down crock pot and is named after a 19th century British earl who popularized the style.A Fedora, named after a play of the same name, is a soft hat with a rounded top and a wide brim that can be flipped around.It is a gentleman's favorite, not only can be used to protect against the rain, but also can be folded up and put into a briefcase.From the somber leading man in “Casablanca” to the private investigator in “The Big Sleep”, they walk the streets of New York wrapped in trench coats and wearing black and gray fedoras.

Writer Peter Mayer once thought men's hats were fashionable and elegant, and said something about a person's character. "Hats are often as much a trademark of a person as the nose is of a person's appearance," he wrote in About Taste.

On " Good Morning Britain" last year, the host gave Trump a gift -- a Churchillian hat -- as a guest.Mr Trump's hat move caused a stir online, apparently on a different level from the controversy he has been accused of causing with his tousled hair.

Cigars, walking sticks, bow ties and one-piece swimsuits were all Churchill's outfits, and his assortment of quirky hats gave cartoonists a wild party in the 1920s.Churchill was momentarily upset and wrote in an essay: "One of the most necessary features of a public officer's equipment is some peculiar mark which every man learns to look for and recognize.The wisp of Disraeli's forehead, Gladstone's collar, Lord Randolph Churchill's beard, Chamberlain's glasses, Baldwin's pipe -- these 'possessions' are all important.I don't have any of these symbols, so cartoonists have created legends of my hats to satisfy the demand."

The legend, he explained, began during the 1910 election campaign.He was in Southport walking along the beach with his wife."A very small felt hat -- I don't know where it came from -- was already in my luggage.It lay on the table in the hall, and I put it on without thinking.When we were back from our walk, the photographer came and he took a picture.Since then, cartoonists and essay reporters have been debating my hats: how many, exactly;How strangely shaped they are;Why I keep changing my hat;How much I value them, and so on.It's a lot of crap, and it's all based on a picture."

But Churchill's biographer Peter Mendelssohn believes Churchill's story is untrue.Churchill, so well versed in propaganda, could not have failed to notice the difference between his hat and everyone else's.Churchill experimented with many styles, from the top hat to the bowler hat, the most famous of which was the Humboldt hat, or burger hat.A Humboldt hat is a type of wool felt hat with a finger-like hollow on the top, a curling brim and a satin ribbon in the middle.It was discovered by King Edward VII in the German town of Bad Homeburg in the 1880s and brought back to England.Churchill had many of these hats, from the classic black to the more fashionable light gray with black ribbons, including a Humboldt hat that sold for $11,775 at auction in 1991 and had a gold embossment of Churchill's initials on the inside.

John F. Kennedy, with his fresh, modern style and thick head of hair that was rarely covered, except in rare cases, was a real hat hater.But the rules for first ladies are different, especially in public.In Google search, "Jacqueline Kennedy's Hat" is an independent option, which refers to a small round Hat with flat top, shallow body and no brim, because it looks like a Pillbox. It is also known as Pillbox Hat, which is derived from military caps.What happened on January 20, 1961, was carefully choreographed, as Kennedy became the first American president born in the 20th century to deliver an inaugural address on a color television screen. 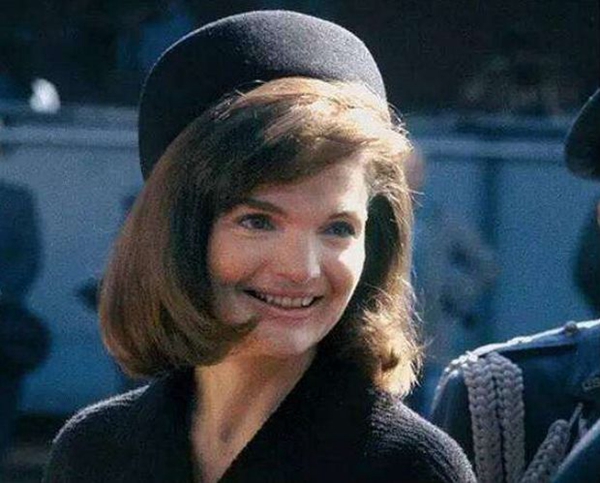 But not everything went according to plan. Overnight, eight inches of snow fell in Washington, D.C., and in the cold weather the next day, all the other dignitaries were wearing thick mink coats, except Jacqueline.Her personal stylist had designed her simple wool coat for her, and she accessorized it with a refreshing little bowler hat.Not only was it a defining moment in Jackie's political career and personal style, it also became one of the most famous looks in presidential inaugural history.From then on, the medicine box cap became a phenomenon in the 1960.

Jacqueline was also said to dislike hats because she thought her head was too big.Halston, the hat's designer, worked overtime to fix the problem.Before giving it to Jacqueline, he put it on his own head, sat between the front and back mirrors, and turned it back and forth to make sure it looked perfect from all angles.It was so windy that Jacqueline reached over and buckled her hat, leaving a shallow dent that no one in the room noticed, but it spread all over the world, from upper society to the rural Midwest."Everyone who copied the look left a dent in the hat," Halston later said with a laugh.

On the day of JFK's assassination, Jacqueline wore a flat-topped bonnet with a raspberry-pink outfit.The bloodstained suit was locked up in the National Archives in Maryland and ordered to remain hidden from public view until at least 2103, and the hat was never seen again.

In the 1970s, with the advent of hairstylists, hair became more fashionable than hats.Gradually, traditional 19th-century hat-making techniques such as straw hat sewing and hat steaming all but disappeared in workshops where custom-made hats could be handmade.Reheating market demand positioned hats as leisure equipment, rather than just for a specific occasion.The hat market is valued at about $15bn a year, according to Euromonitor, a market research firm -- a fraction of the $52bn global handbag market.But even outside the vibrant fashion capitals, demand for hats is growing. 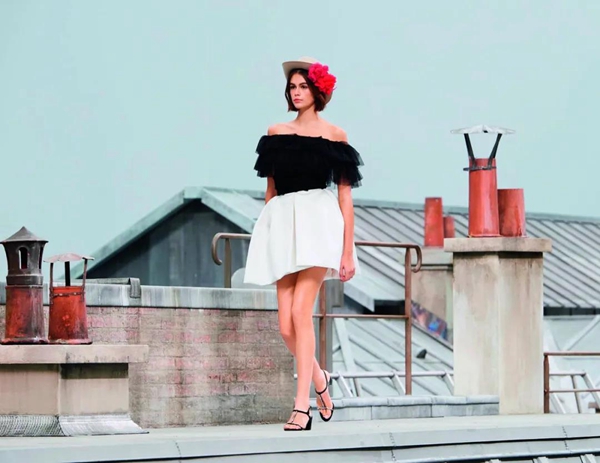 "It became a new form of expression, a new kind of tattoo in a way."According to designer Priscilla Royer, "hats can change a person's silhouette, even an attitude, in the simplest way possible."Royer is interested in the modernity of the hat, trying to break the sense of ritual that the hat once felt in the social order.The problem with most felt hats is that they're not easy to travel with, so she's working on soft materials that fold like clothes and slip into a bag.Then she had a bold idea. How about hats instead of umbrellas?From designing the silhouette to choosing the material to make it, she is passionate about wearing a tiara."Sociologically, its power is fascinating."